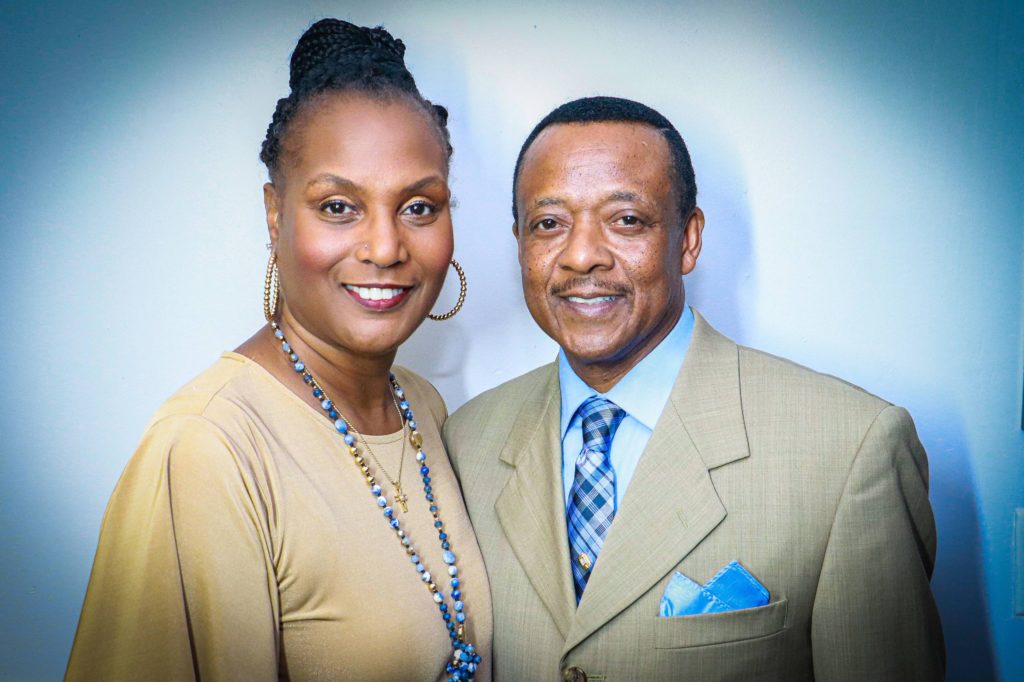 Deddrick Sr. and Marilyn Perry served together at  GIHC (Glory International Harvest Church) located in Joliet, Illinois where they are life long residents. They were called by the Lord and sent to establish GIHC in 2005.

Deddrick is shrouded in the mantle of apostle and was confirmed into the office by Apostle Solomon Kepkey in June 2016. He exercises this grace to build up the Body of Christ to bring restoration, deliverance and healing to those broken and hurting.

Deddrick and Marilyn are both graduates of Joliet Township High School Central. He is a retiree of the Mid-West Generation Company, completing 36 yrs of service and Marilyn is a retiree of JC Penny where she worked as a Sales Associate for several years both branches located in the Joliet township.

Deddrick completed much of his formal education at Joliet Junior College and Lewis University. He earned his M.B.S. from F.I.C.U. (Friends International Christian University). He is a member of IKA (International Kingdom Alliance) through which a door of opportunity opened allowing him to complete his 2010 international travel and ministerial assignment in Nigeria, Africa.2017 they did missions together in South Africa. In 2019, Apostle Deddrick  assignment sent him to central America of Panama, and later was assigned back to Kenya, in West Africa.

Marilyn wears the mantle of a prophet which is evident in her creative form of ministry. Her spiritual voyage began at Shiloh MB Church under the leadership of Pastor Walton, where she accepted Christ at a young age. After marriage to Deddrick, she moved her attendance to St. Paul MB Church, pastored by E Martin, Jr. There she served in a variety of functions: deaconess, choir and outreach and was licensed as an Evangelist in 2004.   She was ordained and confirmed into the Office of Prophet in January 2016 by Apostle James E. Latimore, Jr. Marilyn has a heart for hurting women and uses her unique gift of ministering to them through her soft, quiet persona.

Apostle and Prophetess Perry are vessels who serve to complete the Lord’s commanded commission to “preach” and “teach” the Gospel of the Kingdom to the masses being led by the spirit. Their vision is to “equip and empower a multi-generational and cultural people to serve both the churched and the unchurched in administering to individual, family, community, nationally and internationally in healing, deliverance and restoration.

Apostle Deddrick, Sr and Prophetess Marilyn Perry have been married for 39 years and are the parents of 3 children and 6 grandchildren.